Using the GoogleMapsOverlay in mapsuite (version 10.6.14), the map displayed is missing sections when we use the tile cache option.

This is the image we are seeing: 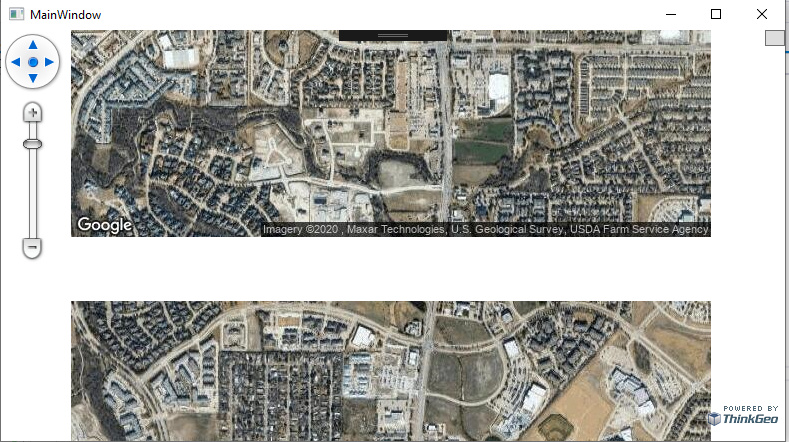 For reference, using the same code without the tile cache, we see this:

Is there a way we can get this to work in version 10?

Tiling and Stitching is not allowed for Google Maps. In other word GoogleOverlay only supports SingleTile, not MultiTile. We used to support multi tile but Google doesn’t like it so we got rid of it. You still see GoogleMapOverlay.TileCache property only because this property is from its base class TileOverlay, but it’s not working for Google. Technically GoogleMapOverlay is not a TileOverlay anymore after not supporting cache but we didn’t change it’s hierarchy to avoid breaking change.

For GoogleMapsOverlay, you can only get up to 640x640 tile or 2048x2048 tile(for premium users) from the google server. If you want to stich them together, I suggest pick another server. You can use ThinkGeo’s Map Server if you want which is loyal free to cache the tiles on client side, no other server (except for Open Street Map as far as I know) allow that.